Hi everyone! I hope you are having a great time during these Holidays!
I have some updates :)
As previously announced the two person shows (with my artist friend Raul Guerra) at Penumbra Gallery in Portugal has opened and most of my skully Pin-ups are already adopted but one is still looking for a loving forever home. More info at this link She is all nice and framed and matted with ivory paper lace.

I've already added to my Etsy shop here 6 new skully prints! Including the print of "The Eyes Of Sharbat Gula" which original drawing has just sold at Modern Eden Gallery in San Francisco! 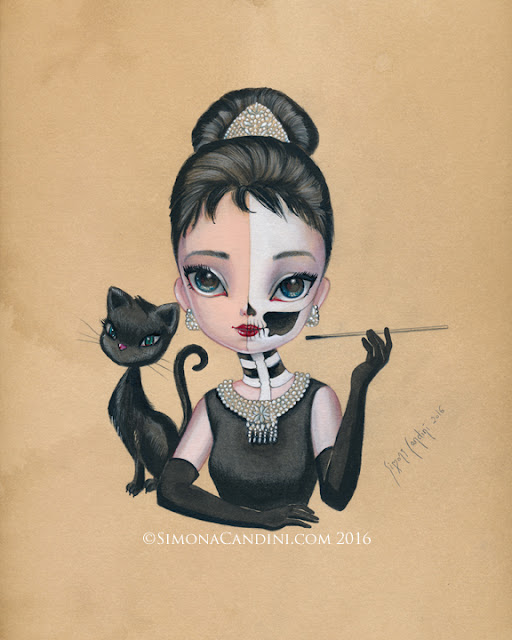 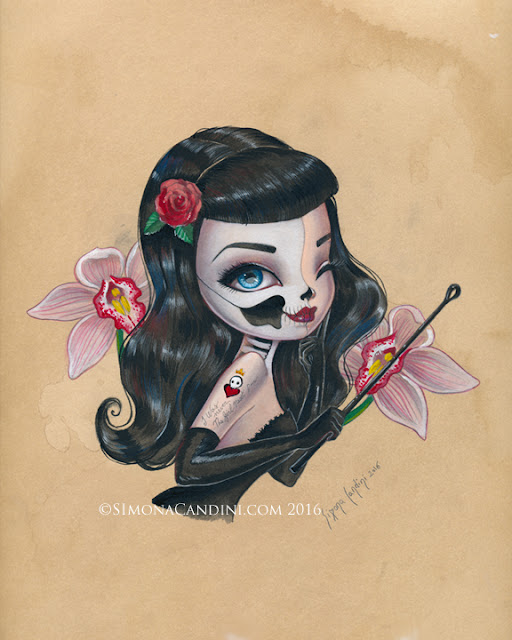 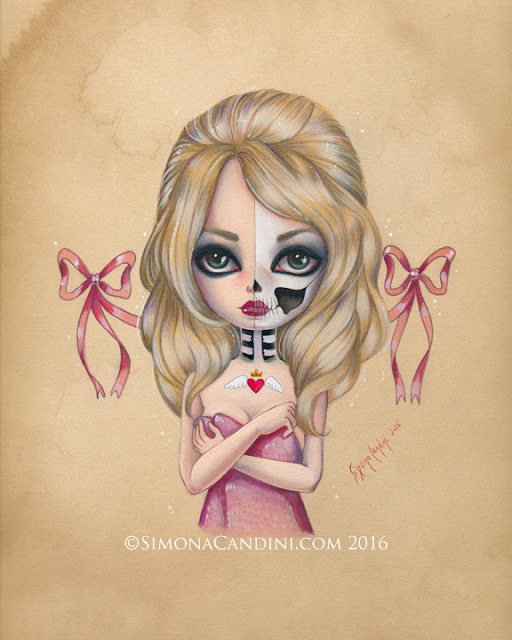 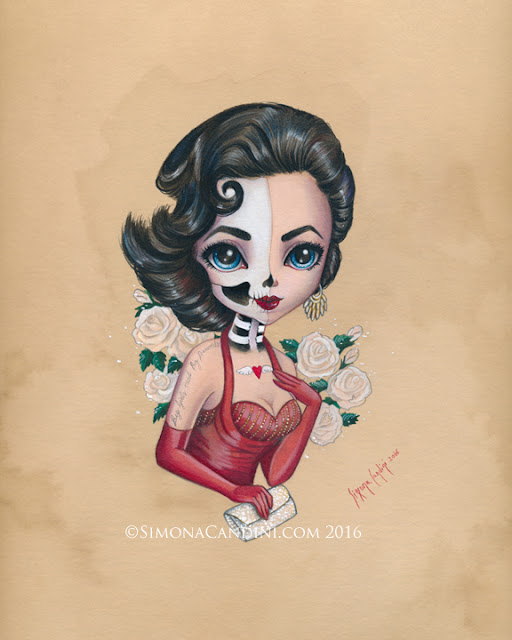 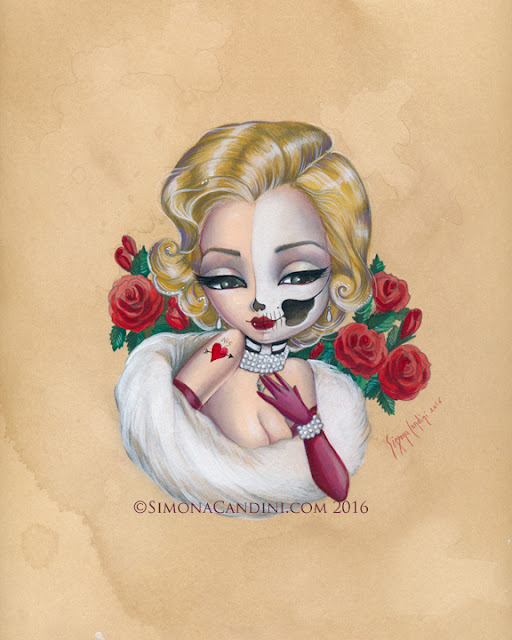 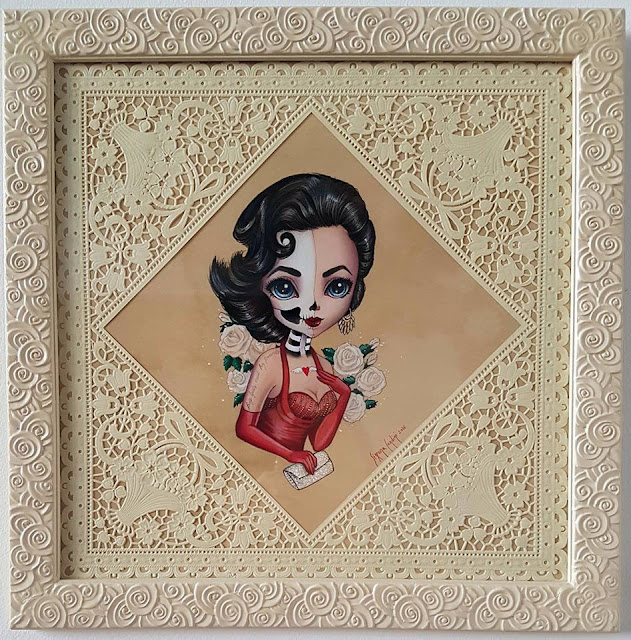 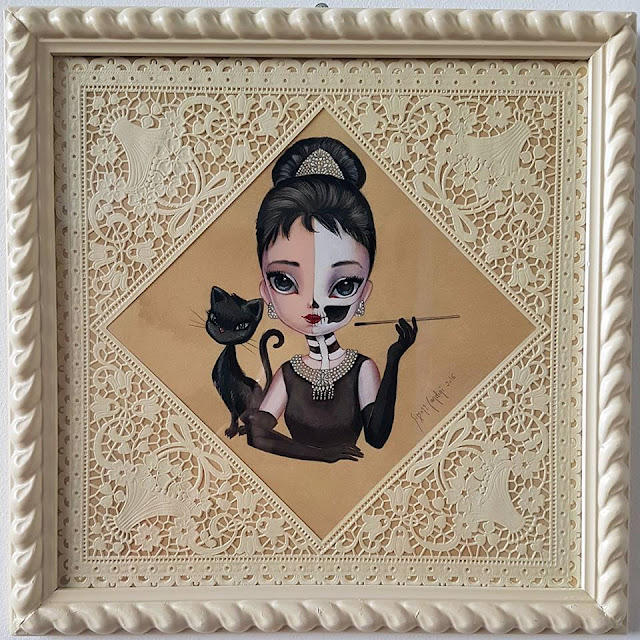 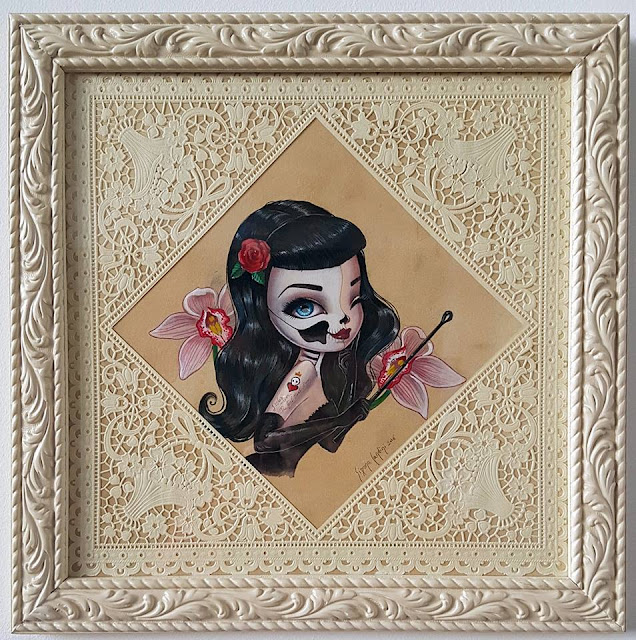 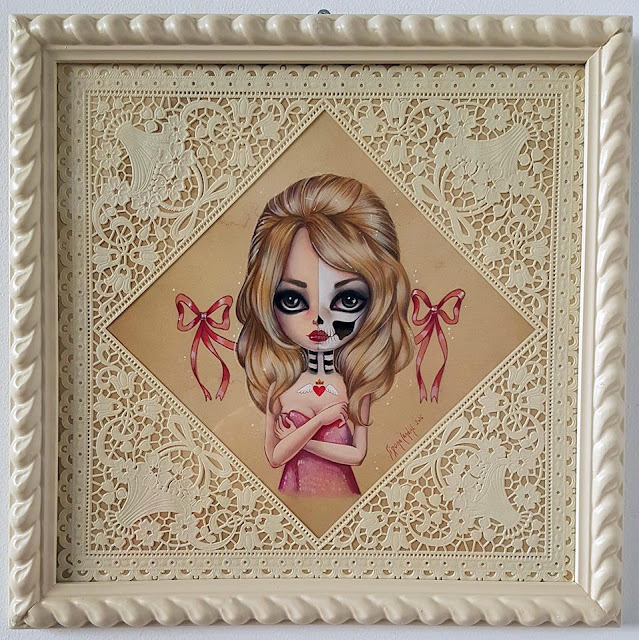 Posted by Simona Candini Art at 9:46 AM No comments:

Hi my lovelies,
Here's a couple of new originals available.
The first one is titled "Kindred Souls" for the show at Alexi Era Gallery in Eugene Oregon. I decied to eperiment with black and white. I really like how it turned out the glowing effect! I've also choosen a majestic frame for this one and I've added sacred hearts milagros and stars to it.
Who doesn't want to adopt two lovely sphynx cats and a little fairy doll? You can find the direct link to the artwork here.

The second one is titled "The Eyes of Sharbat Gula" and it'a for the Wonderlust show at Modern Eden Gallery in San Francisco, CA opening on Dec. 10.  The show is about travelling and exploring the wonders of our beautiful world. I was inspired by the iconic lady of the most famous cover of the National Geographic, Sharbat Gula, and I wanted to represent her as one of my skully girls. A boat is sailing across the folds of her mantle, guided by the moon and its lunar phases. I hope you like her!*** UPDATE: "The Eyes Of Sharbat Gula" is already adopted****

I'm working also on a new series of skully girls, inspired by my all time favorite Hollywood actress and pinups for Penumbra Gallery in Portugal. Please keep an eye on my facebook and instagram pages because most collectors are contacting the gallery while I'm posting work in progress there. If you haven't done it yet, activete the "get notification" flag, so you won't miss my posts.

Did you set up your Christmas tree yet?
I've just adopted one (a fake/ecological one)  and I'm starting to collect some ornaments :) I so love this time of the year! 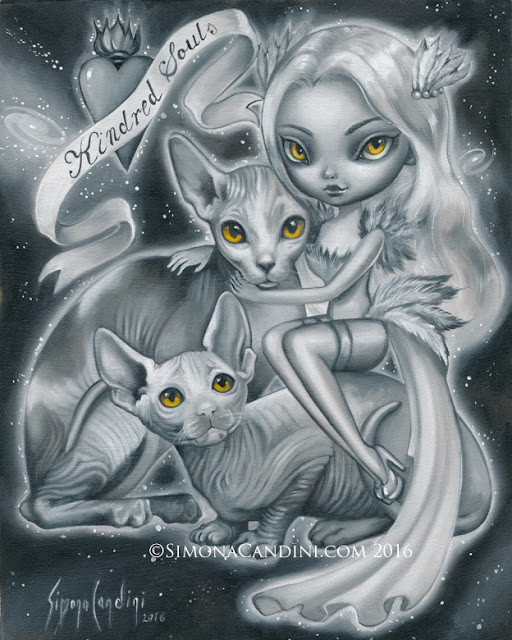 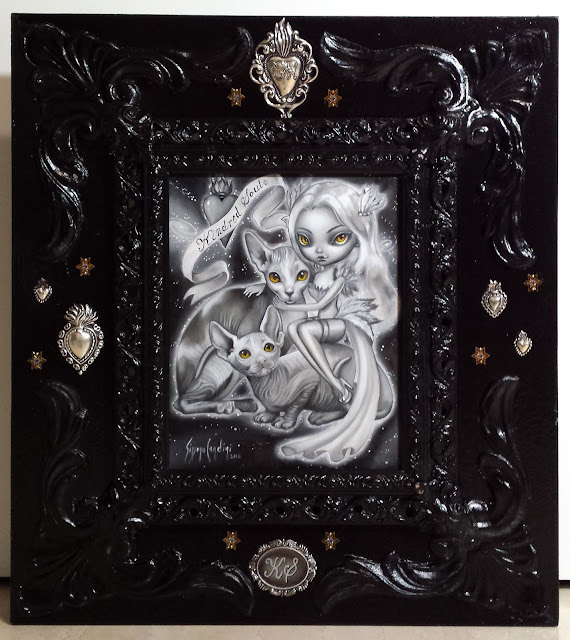 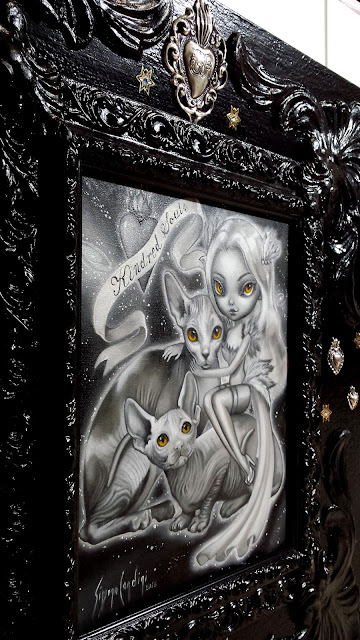 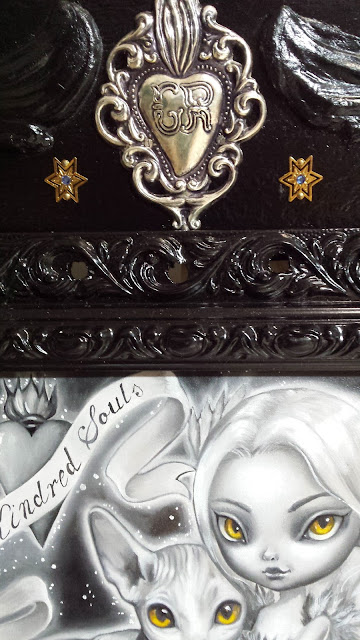 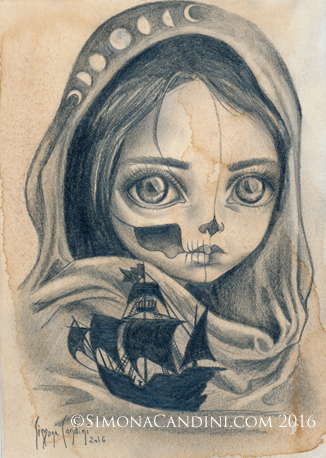 Posted by Simona Candini Art at 1:46 PM No comments: